NICEIC|ELECSA Apprentice of the year awards sponsored by Scolmore Group 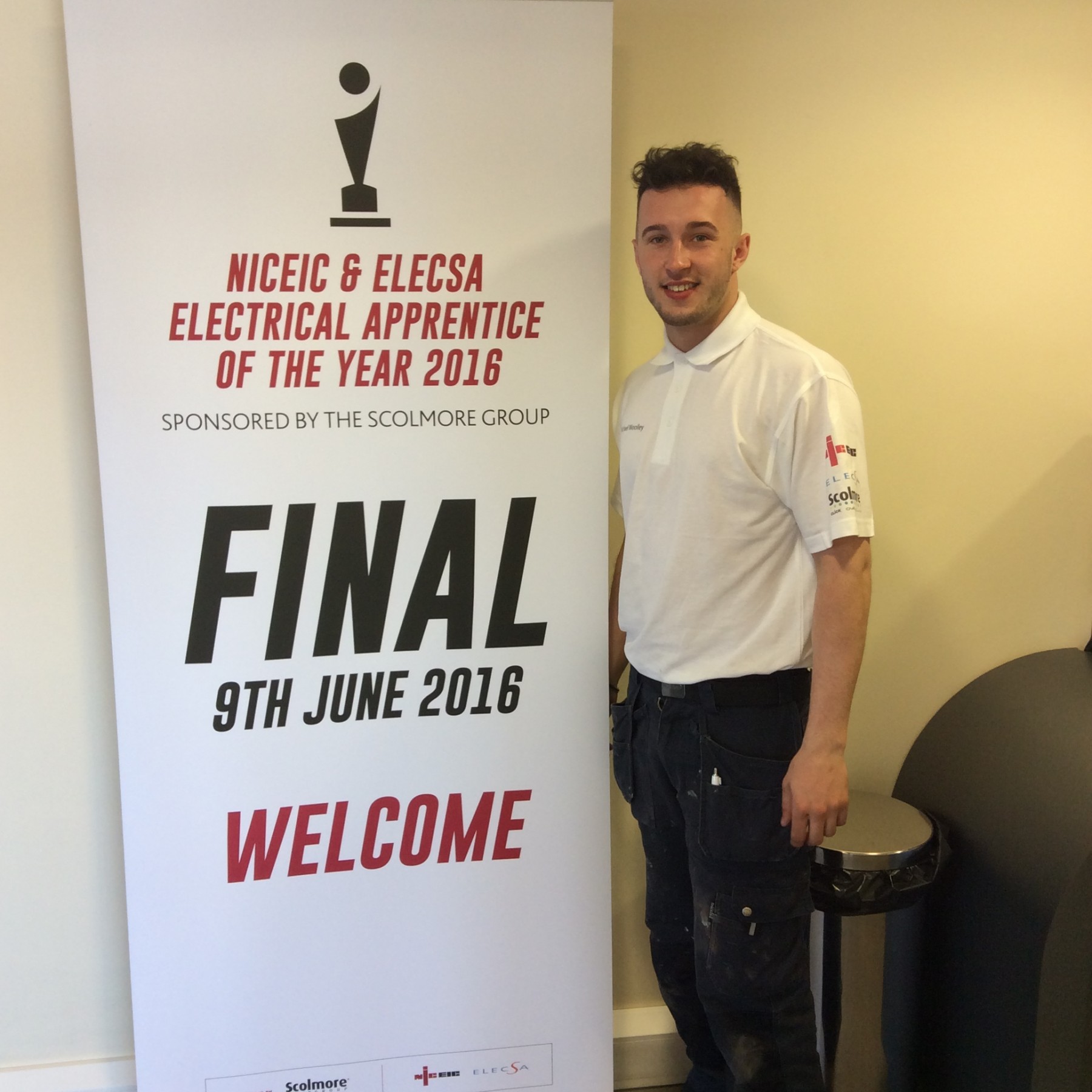 Today our training team & one of our trainees Michael Woolley are at the finals of the NICEIC | ELECSA apprentice of the year awards.  Michael attends training with our team in Telford and has reached the finals due to hard work & determination.

He was nominated by our Training Manager Richard Sands after standing out as an exceptional apprentice.

The NICEIC and ELECSA Electrical Apprentice of the Year Competition recognises the talents of the brightest electrical students in the UK.

The competition was divided into 3 stages with over 300 people entering at the start. The first stage was an online exam in December, the second a 90 minute practical exam was taken by the top 20% of the previous stage. The Grand Final takes place at Scolmore’s headquarters in Tamworth, Staffordshire today with a prize giving ceremony & BBQ.

Richard Sands from our Training Team said ‘I asked Michael to enter this competition because he gives outstanding levels of effort during his training sessions. He wants to understand and learn the industry he works in, and be challenged during lessons and increase his knowledge. We often go beyond the syllabus to develop this knowledge and he even studies at home researching ideas and technologies and comes back to class to query or ask more about topics he has researched. He is inspirational to other members in the group. In the future when Michael is qualified I am sure he will go on to bigger things and continue to develop his knowledge in other fields. I wish him all the luck today, and our congratulations for reaching the final which in itself is an impressive achievement’.