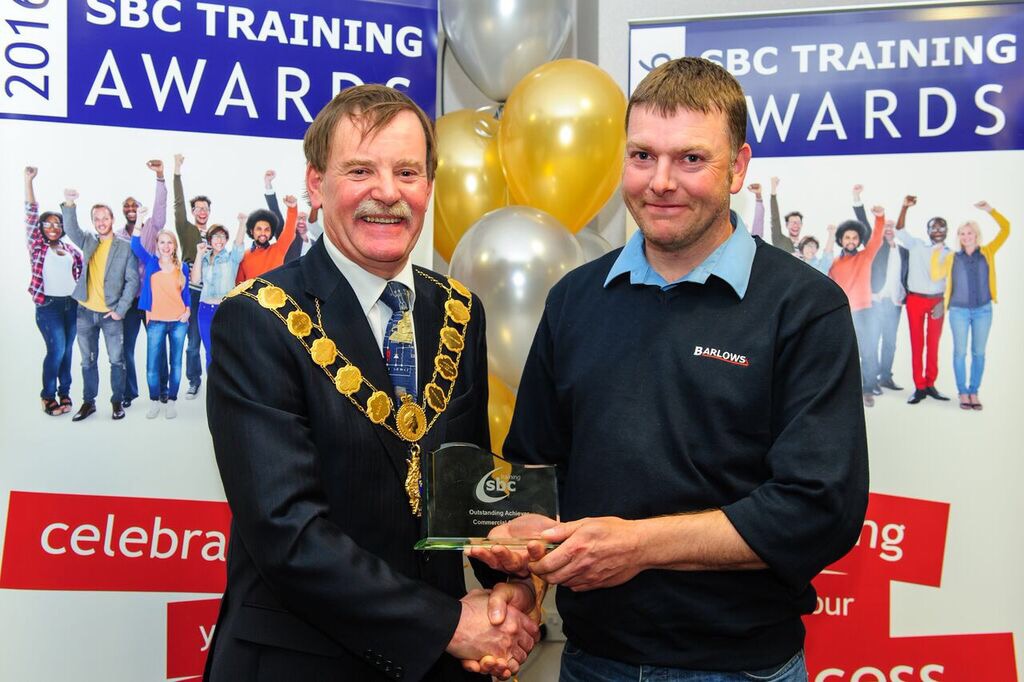 From a pool of over 400 students, Barlows had nominees selected for two of the eight awards on the evening.

Rob was nominated following his completion of the level 3 Business and Administration course and Nathan for his outstanding effort and the completion of his driver awareness course.

In the most competitive category of the evening, Rob unfortunately did not collect the prize, however Nathan was a winner in his category. Nathan was unable to attend the awards evening, but Contracts Manager Paul Reynolds received the award on his behalf from the major of Shrewsbury.

Well done to both Rob & Nathan, we’re extremely proud of all the hard work you’ve put in, & congratulations to Nathan on your win.