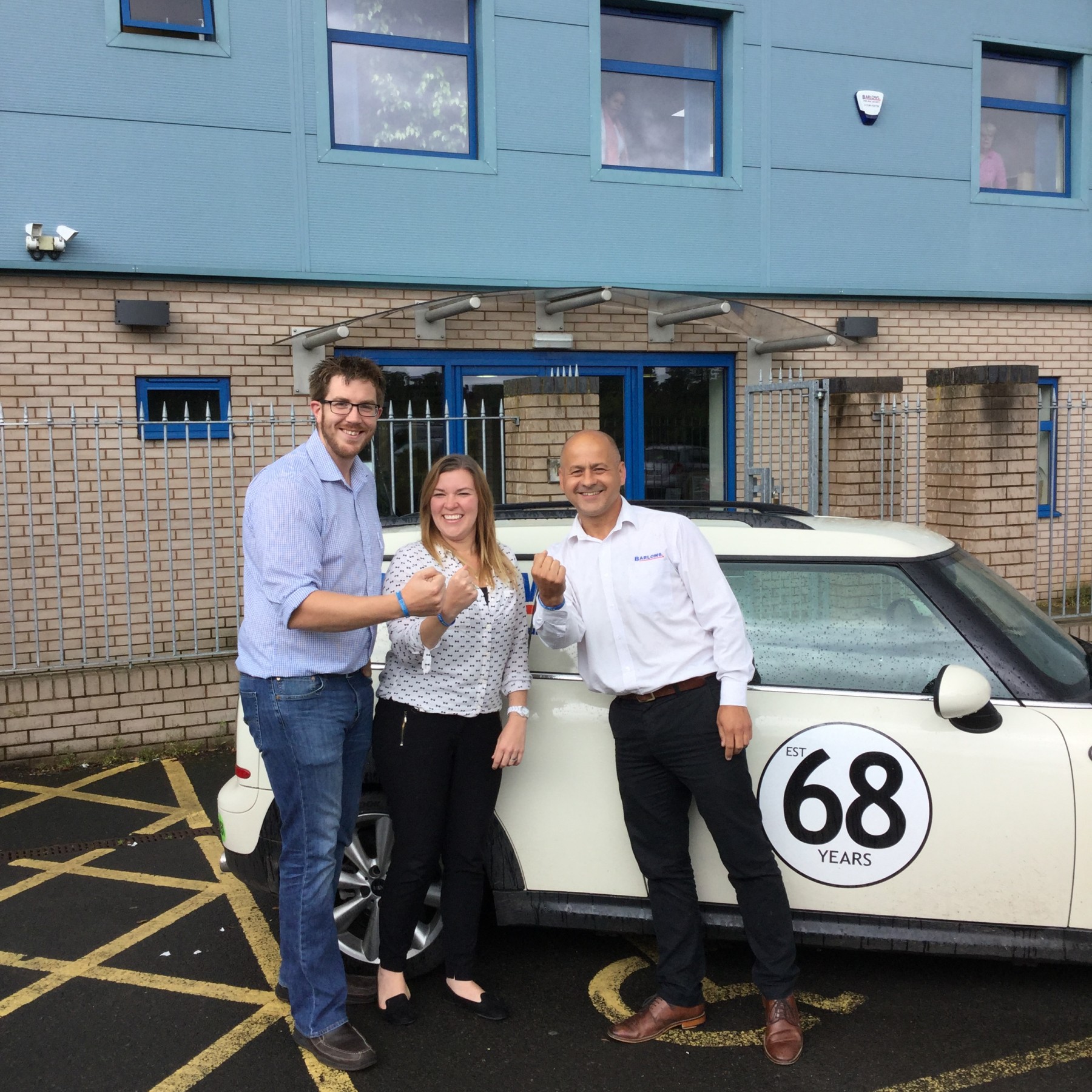 On Friday Barlows UK Hampton will be supporting ‘Wear Blue for Aash’.

The campaign is for a local lad called Aash who has Cerebal Palsy.  A number of local schools and businesses are all getting involved in the campaign to help Aash.

Aash is unable to sit and stand un-aided, or walk without a K walker. He has to use a standing frame to stand up, but can only tolerate it for short periods of time due to pain. Aash has high muscle tone & walks on his tip toes and has to wear day & night time splints on his legs, plus gaters at night.

Despite being constantly in pain Aash is a very happy boy who loves school and just wants to be like all the other children and join in with what they do.

Aash was told he could have an operation which would stop him being in so much pain, although he will still need his K walker he will be in less pain and be able to move more easily. Unfortunately after being told he could have the operation the NHS have now stopped the funding and Aash’s family and friends need to raise £21,000 to pay for this life changing operation.

Barlows staff will be wearing blue in return for a donation to the fund and are also able to show their support for the campaign by purchasing an Aash Jai Quality of Life Fund wrist band.  Wrist bands can be purchased from our Head Office at Hampton and Barlows Electrical Supplies, Hampton.

As you can see members of our team are already getting involved!

If you’d like to get involved too it’s not too late to join in.  You can still join the campaign to support Aash by contacting the fundraising team www.facebook.com/AashJaiQualityofLifeFund