NICEIC Apprentice of the
Year Runner-Up 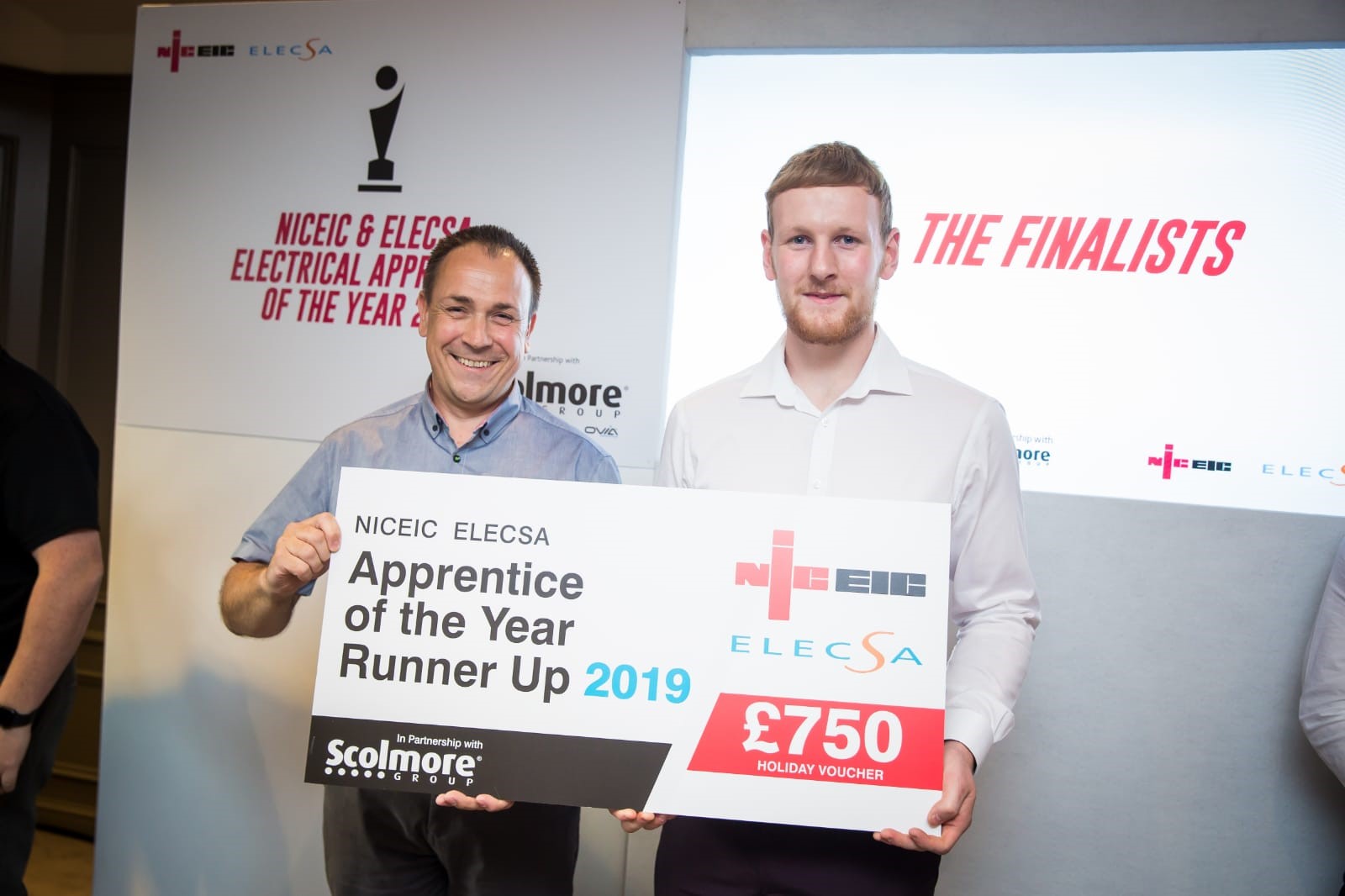 Cameron Molloy, our Apprentice from our Manchester Office was one of eight competitors to reach the grand final which was help on Tuesday 4th June at the head office of the competition partners, Scolmore Group. Cameron was very successful in the competition and finished runner-up. Cameron was also commended for his consumer unit installation and received a separate award for the best consumer unit installation.

The final was the third stage of the contest, which saw more than 1,000 apprentices from across the UK take part.

The eight finalists were put through a series of challenges across a range of disciplines including; installation, resistance testing, earth loop impedance testing, safe isolation and a conduit challenge. Each candidate also had to undergo a technical interview with Certsure’s former Technical Standards Director, Alan Wells.

Cameron started his NVQ Level 3 Qualification in Electrical Installation at our in house training provider Clifford College. Cameron was announced as runner-up at the awards ceremony at the nearby Belfry Hotel. Handing over the prizes were Kevin Parker, Managing Director at Certsure, Martyn Walley, Group Technical Director at Scolmore Group and Billy Byrne, Star of TV’s DIY SOS.

His Contracts Manager Richard Morris said “We are very proud of Cameron’s achievement to get to the final and to come runner-up against some tough competition is something that demonstrates the hard work and pride that our apprentices, our training providers at Clifford College and Barlows UK Ltd take in bringing through out next generation of Electricians.”

“It’s been a fantastic process and I’m so happy to be a part of it” Said Cameron”
“I’ve got no idea what I’m going to do with the holiday voucher at the moment. I might treat the lads to a trip to Benidorm.”